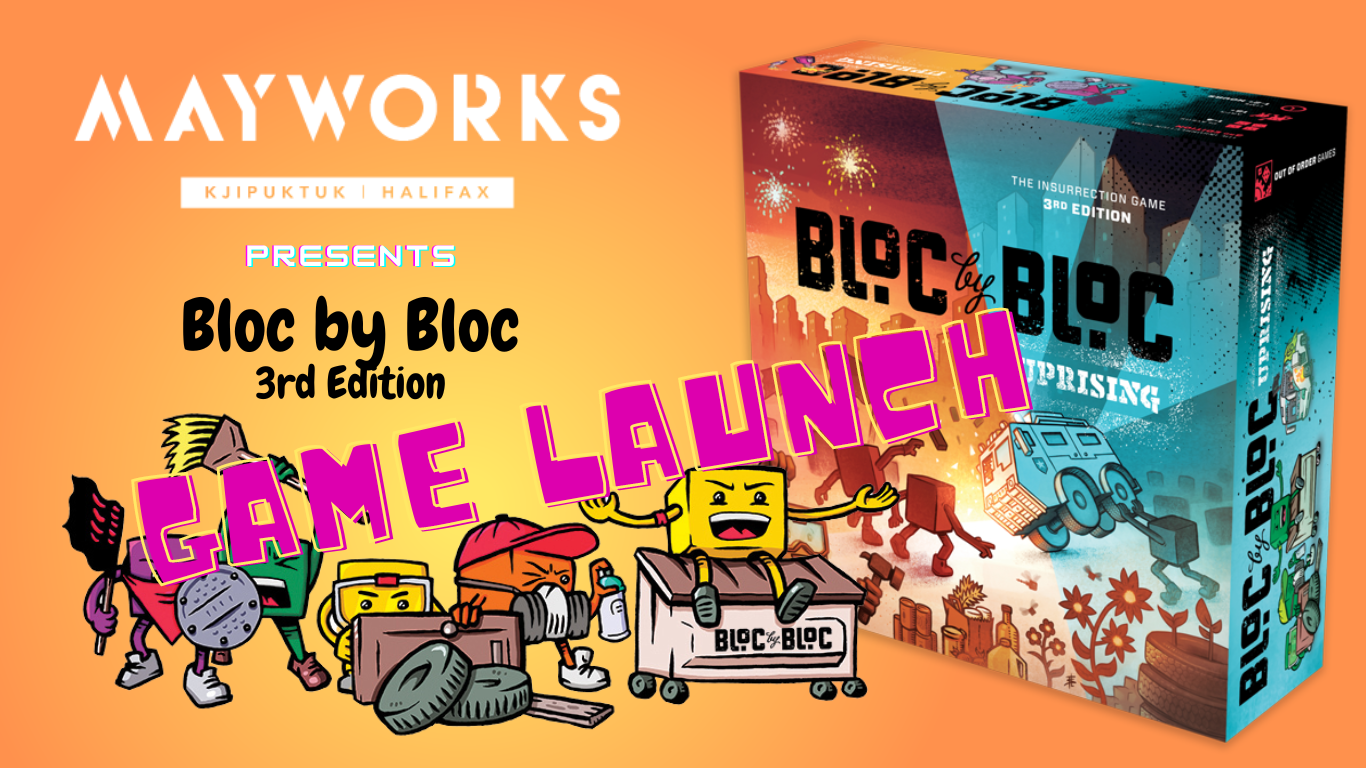 Join us at the Glitter Bean Café on November 24th for the launch of the new edition of Bloc By Bloc: the Insurrection Game.

**Register by filling out this FORM

Rise up! Take back the streets of your city in the ultimate edition of the acclaimed insurrection game. Bloc by Bloc is a cooperative and semi-cooperative tabletop game inspired by 21st century protest movements, riots, and popular uprisings.

Each player controls a faction of revolutionaries—Workers, Students, Neighbors, or Prisoners—struggling together against the police in the streets of a city that changes with each game. Build barricades, clash with police, occupy districts, loot shopping centers, build mutual aid networks, and liberate the city before time runs out and the military arrives! 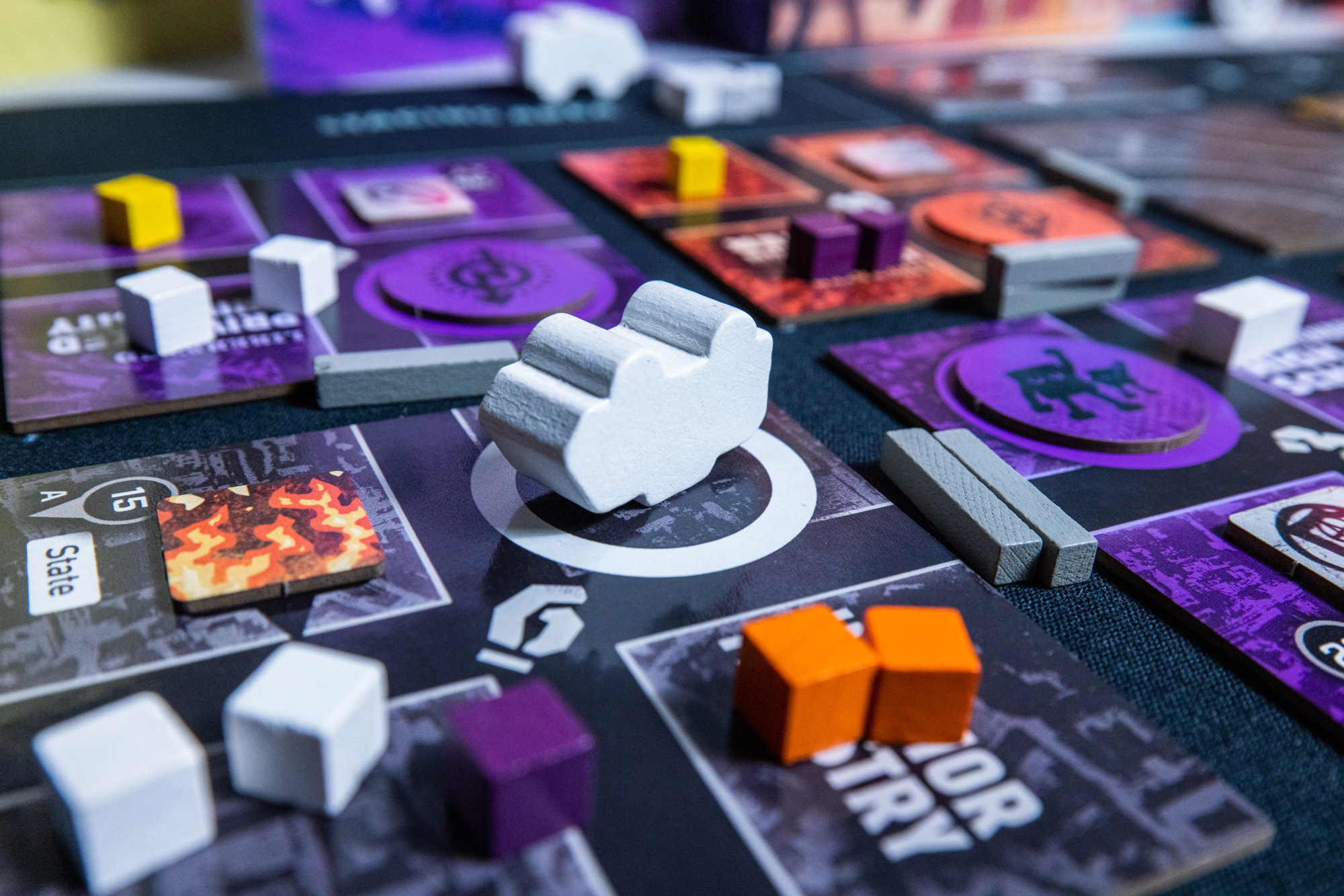 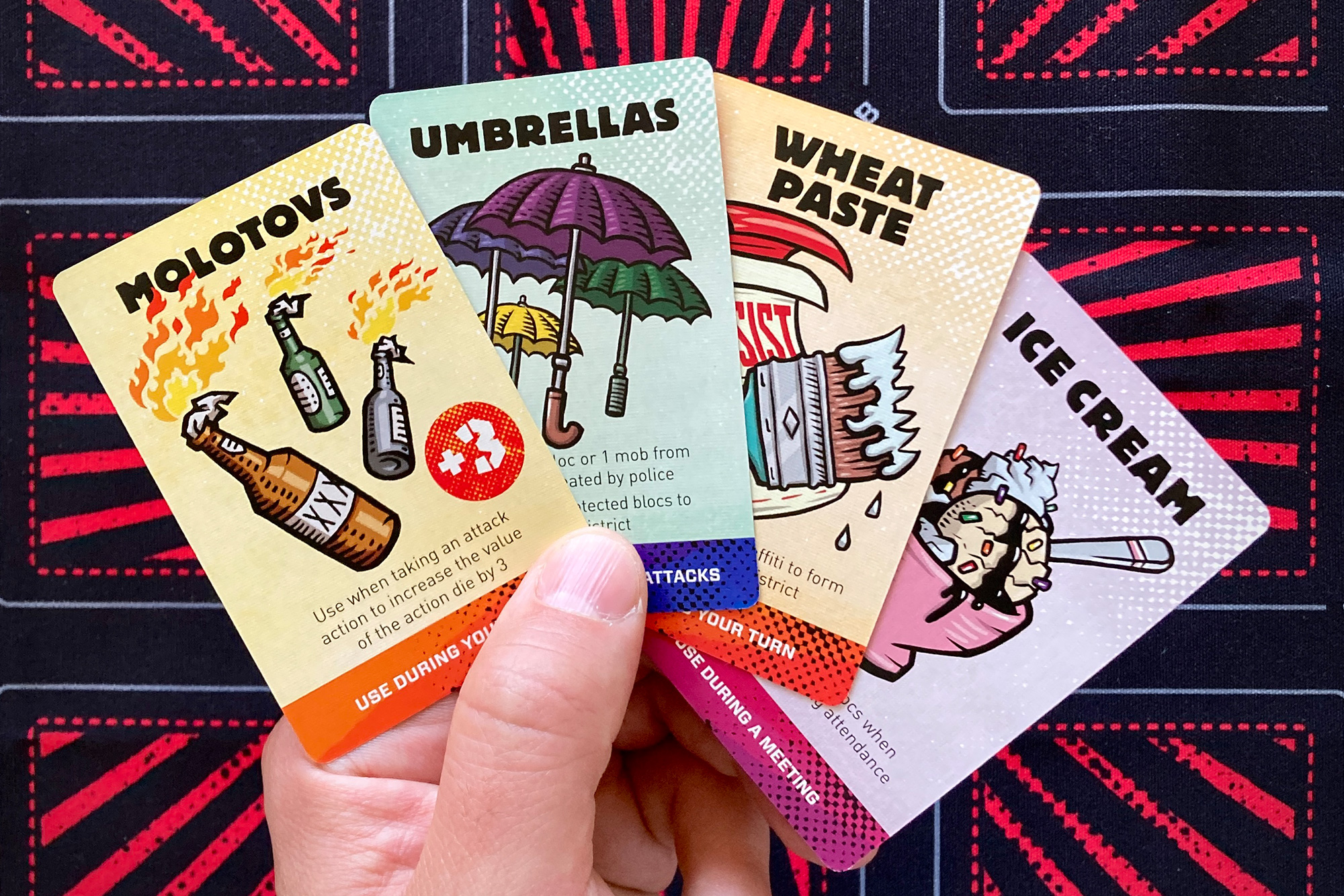 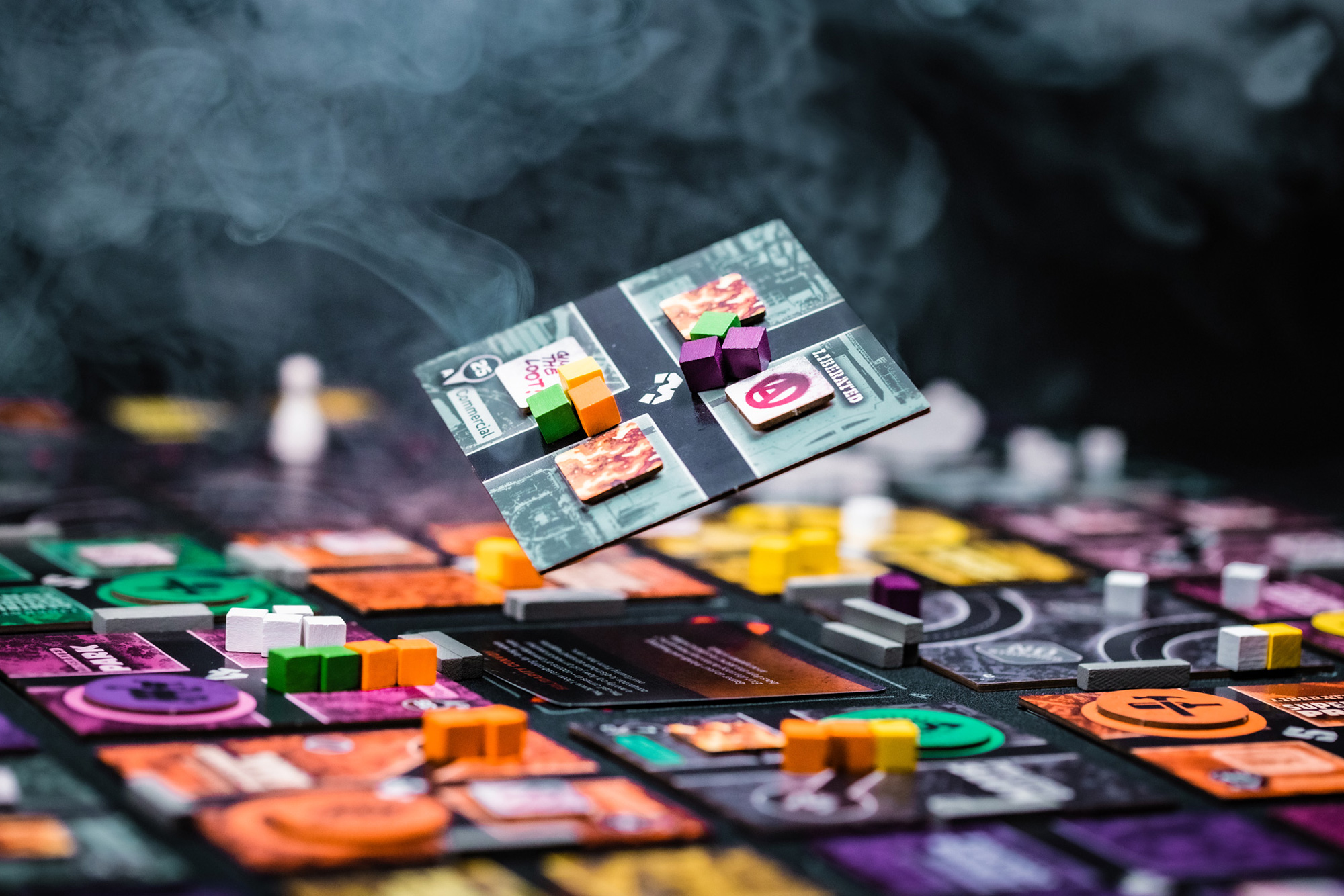 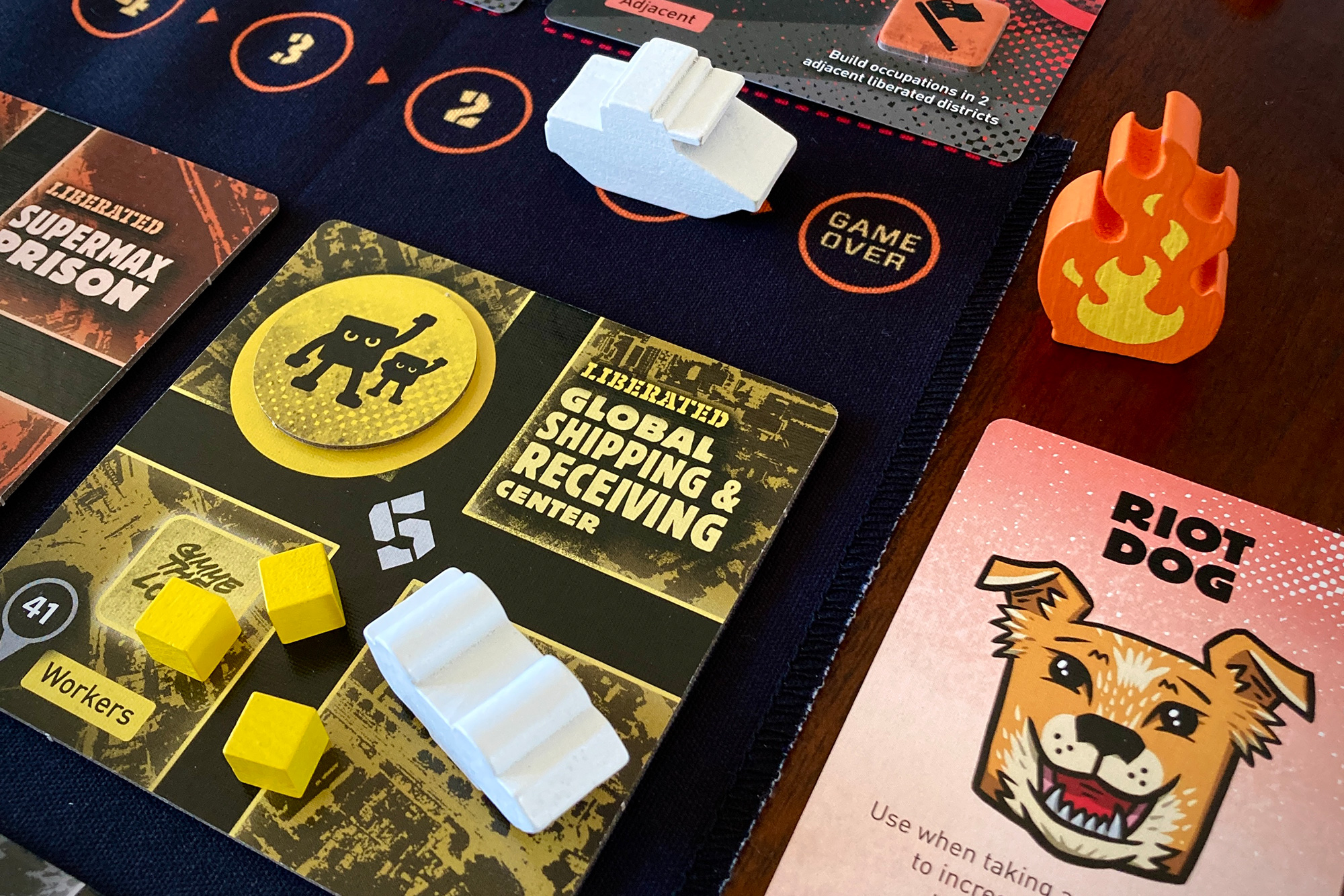