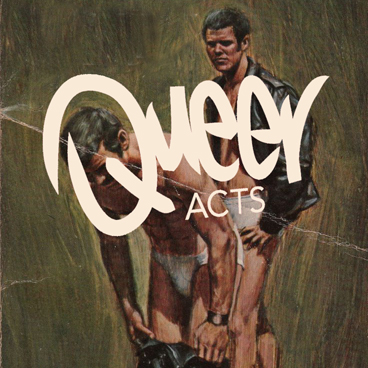 How do we confront important but dated pieces from the queer theatre cannon? Queer Acts will host a staged reading of the classic play Fortune and Men’s Eyes, debating its importance in the history of queer theatre, and asking the question: is this script still relevant?

Written in 1967, Fortune and Men’s Eyes was a groundbreaking piece examining themes of homosexuality and sex slavery. It shocked audiences and critics, and has gone on to be an essential, and controversial, play in the history of Canadian theatre.
Set in a Canadian prison for youth, John Herbert’s play deals with society’s injustice towards gay men, the brutality and homosexuality within prisons, the corruption of police and guards, and the need for friendship, affection, and love between prisoners.

Queer Acts will host this reading with a gender-neutral cast. While seen as the portrayal of a time and place, the piece is considered problematic, laced with cliches and upsetting language. Does the piece still have relevance today or is it a dated script that speaks only to a time now forgotten? The reading will include a moderated discussion on queer history in Canada, incarceration of homosexuals, and queer theatre. Queer Acts looks forward to presenting this engaging script and discussion in a relaxed setting where all are welcome.