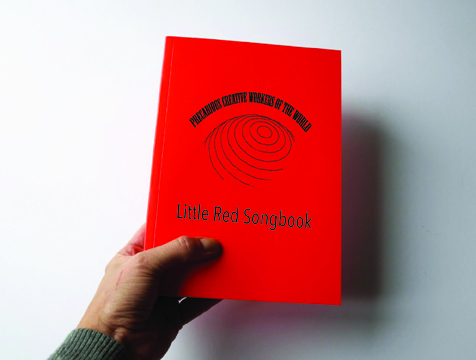 Songbook Launch, Singalong and Karaoke Party
$5.00 includes a copy of the songbook 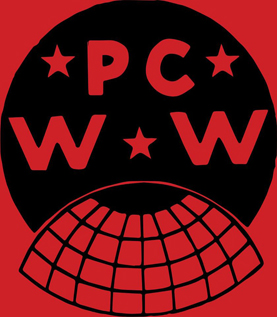 infamous Industrial Workers of the World Little Red Songbook, a small publication with over 36 editions published over the past 100 years that mobilized union support and solidarity between workers in the 20th century. Throughout the original songbook’s creation, workers borrowed melodies from folk tunes and hymns, the popular songs of the day, re-writing the lyrics to stand up for their rights as labourers against capitalist exploitation. The songbooks were cheaply produced and distributed, and were used by workers to sing together at meetings, strikes and rallies. The songbook’s tag line, “to fan the flames of discontent”, shows that the songs were intended to refigure, in the hearts and imaginations of the workers, their rights and their power in collective action. The PCWWLRSB is an attempt to update the songbook to reflect contemporary labour conditions in the west.

For our project, a large group of precarious creative workers in the area have re-writen these songs to reflect contemporary labour conditions. Together, we have stayed true to the original text’s intention, “to fan the flames of discontent”, and process, borrowing familiar melodies and re-writing the words. In some cases, just as the original authors borrowed from contemporary pop music, so too, we have lifted melodies from contemporary pop music, leveraging our common references in mass-media.

We have compiled these songs in a book designed after the 1923 edition of the IWW songbook. In ACT 1, a live band of old-timey musicians will accompany everyone singing new versions of the old songs. In Act 2, groups of people from the audience will perform karaoke renditions of pop songs.