Our festival is made possible thanks to numerous important partnerships and generous contributions.

How Can You Help?

Mayworks Halifax is an annual multi-disciplinary arts festival that celebrates and recognizes the history and struggle of the working people of Nova Scotia. Our mission is to celebrate workers as artists and artists as workers, to promote working class culture, and to connect the labour movement with the arts.

Recognition of our sponsors, partners and donors is visible to our patrons at live performances, film screenings and visual arts exhibits taking place in multiple Halifax venues every year.

What sets Mayworks Halifax apart from other local festivals is its close ties to the Nova Scotia labour movement and its ability to bring together the labour movement and the arts community in cultural projects that encourage the use of art toward positive social change. In its programming, our festival seeks out partnerships with cooperatives and artist-run centres and places a particular focus in supporting local artists. Furthermore, our programming attempts to redress the under-representation of certain communities or certain issues in artistic venues. We don’t shy away from highly marginalized issues such as the examination of working conditions in the sex industry, or from contentious programming such as bringing to stage former prison inmates to reflect on their lives as a means to reconcile with their communities.

Mayworks Halifax celebrates the history of working people in Nova Scotia. It pays homage to famous human endeavours such as the difficult strikes lead by miners in Cape Breton or the inspiring cooperative movement born out of Antigonish. But, it also challenges narrow conceptions of working class culture and depicts it as complex and diverse, and yet containing common experiences, values and desires for fairness and justice. As such, our mission is to draw correlations between social issues in order to generate empathy and cooperation between groups and organizations in an effort to build a better society for ourselves.

Audiences are very diverse at the Mayworks Halifax Festival. The multi-disciplinary nature of the festival attracts audiences from various arts disciplines and cross-pollinates audience followings from each. Artists programmed at our festival benefit from young audiences where 25% are in their twenties and 54% are under 45 years of age. Also, 41% of our audiences identify as being part of an under-represented community. Furthermore, our survey responses indicate that our audiences also include a wide range of income earners from under $20,000 annually to over $90,000 annually. Accessibility is at the heart of our festival where events are either free or admissible through low entrance fees. All the while, we pride ourselves in fairly compensating each presenting artist to fully recognize the value of their contributions to our society. Support from sponsors, partners and donors allows us to remain accessible while fairly compensating our presenting artists. 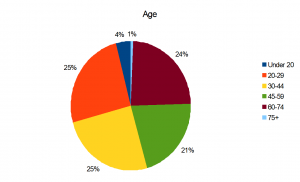 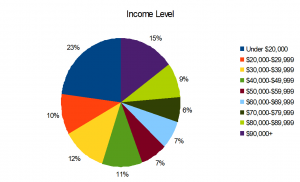 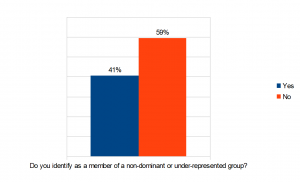 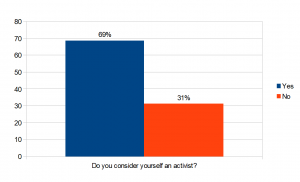