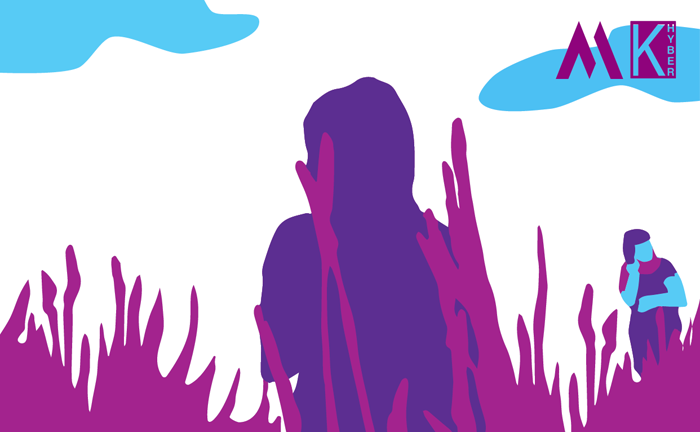 Presented in partnership with the Khyber Centre for the Arts

TOIL HERE is a group exhibition and curatorial collaboration between the Mayworks Kjipuktuk/Halifax Festival and the Khyber Centre for the Arts. Featured in this exhibition are works by artists Alex Antle, Antoinette Karuna, Clara Gough, Curtis Botham, Heather Cromwell, Kim Cain, and Michelle Roy, as well as by Mi’kmaq water protectors Cathy Martin, Gnat Na’pi, and Darlene Gilbert. Using the languages of traditional domestic craft and fine art, the artists explore different facets of rural life, labour and justice, and together disrupt stereotypical notions of what rural “Maritime” art can be and speak to.

A video tour of TOIL HERE will be released at a later date as a complement to the exhibition. The video will contain captioned interviews with each of the artists.

TOIL HERE opens with original audio, also available as a transcription, from Catherine Anne Martin, Gnat Na’pi, and Thunderbird Swooping Down Woman (Darlene Gilbert). Upon entering and while viewing the exhibition, and online, visitors can hear or read as these Mi’kmaq water protectors each speak to labour and water protection on Mi’kma’ki.

Alex Antle’s Sple’tk is a watershed map of the Exploits River beaded onto a tan moose hide and hung from a scraped birch tree. The River is located in the central region of Ktaqmkuk (Newfoundland) where Alex grew up. This work explores the importance of clean water and the many uses of the River. Both L’nu and settlers have utilized the water for labour and enjoyment.

Antoinette Karuna’s hooked rug wall hangings are part of an autobiographical series. Untitled 1 and Untitled 2 explore the spiritual aspects of erotic love, distanced from the male gaze and existing within the private sphere of the Treaty Relationship, as Karuna is settler and her partner is Mi’kmaq. Untitled 3 examines Karuna’s biracial identity, which is Sri Lankan Tamil (brown) and French Canadian (white), and how despite pressures from monoracial society to choose one racial identity over another, she experiences her biraciality as fluid and complex. Formally, her rugs draw on her background as a filmmaker, mixing the language of textiles with that of cinema––notably cinematographic and storytelling principles.

Clara Gough’s life sized figurative basket sculptures present different forms of labour: one a parent carrying a child and the other a depiction of the artist’s father carrying tools. Gough reinvents the traditional basket weaving techniques passed down in her community to depict iterations of labour and the community itself.

Curtis Botham’s Pulp Mill, Abercrombie is a black and white, photo-realistic charcoal drawing as part of his ‘Effluents’ series of drawings that depict worker’s solidarity, economic justice and environmental impact of industry in rural Mi’kma’ki. Drawn from observational sketches, Curtis has illustrated the environmental devastation that can be caused from unsustainable, under-regulated pulp industries.

Secret Codes by Heather Cromwell is a vibrant series of picture quilts The Dance, Betty Hartley and Grandma’s Hands depicting Black Nova Scotian women, labour, love and stories from the community. This work came out of a project by the Black Artists’ Network of Nova Scotia (BANNS) and the Vale Quilters, where quiltmakers created from drawings made by Halifax artist-curator David Woods, and documented travels to African Nova Scotian communities across the province. Grandma’s Hands will be on view as part of TOIL HERE.

Tilling and burying: Red Earth, Black Death by Kim Cain is a piece about dualities of life/death, growth/pruning, joy/ sorrow. The red earth sets the background for the preparation of the land for planting, with cattle and farmers preparing the soil. Black death is actualized with the central sight of the pallbearers carrying a casket towards a waiting plot.

Michelle Roy’s Mi’kmaq regalia pieces include a toddler’s regalia, a prom dress, and a special jingle dress, in representation and honoring of Missing and Murdered Indigenous Women, Girls, and Two-Spirit and to celebrate the strength, labour and determination of Mi’kmaq mothers, sisters, aunties, wives, and daughters and the central role of women in struggles for Indigenous justice.

ALEX ANTLE (she/her) is an emerging L’nu beadwork artist located on the North Shore of Elmastukwek, Ktaqmkuk (Bay of Islands, Newfoundland). She has been learning and practicing beadwork for four years with the guidance of a community of Mi’kmaq beaders. Alex’s art often explores the relationship between tradition and living culture, as well as the importance of land and water.

ANTOINETTE KARUNA (she/her) is a visual artist working in textiles and film. She is Tamil Sri Lankan through her father and French Canadian through her mother. Karuna spent her childhood in London, England, and later a decade each in Montreal and Berlin. She now lives in Antigonish, where she works as a freelance writer and editor and teaches filmmaking at St. Francis Xavier University.

CLARA GOUGH (she/her) is a basketmaker and sculptor based in East Preston. She carries on the traditional basket weaving taught to by her mother Edith Clayton, a renowned African Nova Scotian basketmaker. Though strongly influenced by her mother’s techniques, Gough has imprinted her own unique style on the craft. In 1998 she began creating figurative basket sculptures inspired by her family and community. Clara is a member of the Black Artists’ Network of Nova Scotia (BANNS), a non-profit, multi-disciplinary arts association that seeks to develop the African Nova Scotian arts community.

CURTIS BOTHAM (he/him) is a white visual artist interested in rural Maritime industries. After graduating from NSCAD University in 2017, he spent a year in New Glasgow’s Artist Residency program where he made a series of large-scale charcoal drawings dealing with the impact of industry on the environment and nearby communities.

HEATHER CROMWELL (she/her) is an artist and quiltmaker based in New Glasgow. She grew up watching her mother and grandmother making quilts and took on the craft in her thirties. Heather is a member of the Black Artists’ Network of Nova Scotia (BANNS). She is also part of The Northumberland Quilters Guild, one of the largest quilt guilds in Nova Scotia. In 2007, she joined forces with several African Nova Scotian women in New Glasgow to form the Vale Quilters Association – a group interested in exploring African North American quiltmaking traditions and promoting the heritage of Pictou County’s Black community.

KIM CAIN‘s (she/her) work explores the African Canadian existence here in Canada and how it relates to the larger global African Diaspora. She has been using Art as a means of allowing an African Nova Scotianess to emerge into the black art canvas for over 20 years. She explains that her work begins inside of her, altering her perception of the world, and through that inward glance her creativity is born.

MICHELLE ROY (she/her) is an artist and Mi’kmaq knowledge keeper, a regalia maker, a mother of two daughters, a wife, a sister, and auntie, and a person living with a disability. She lives off reserve on her ancestral homeland of Mi’kma’ki, the traditional territory of the l’nu – the Mi’kmaq. She is an active community member of Acadia First Nation. Michelle has been creating regalia and artwork for the last decade and it has led her to a path to engage in conversations that bring attention to struggles, mental health, and to celebrate Mi’kmaq culture.

CATHERINE ANNE MARTIN (she/her) BA MEd. CM. is a member of the Millbrook Mi’kmaw Community, Truro, NS. She is an independent international award winning director and producer, writer, facilitator, communications consultant, community activist, teacher, drummer, and the first Mi’kmaw woman filmmaker from the Atlantic region. She is a recipient of the Order of Canada in 2017 and is presently the first Indigenous Community Engagement Director for Dalhousie University. She is a past Chair of APTN and served on the board for the first five years of its inception. She has contributed to policy and institutional change to make cultural and arts more accessible to First Nations artists.

GNAT NA’PI (she/her)
Natalie is first, a full time/home educating mother. They decolonize curriculum and advocate for Mi’kmaq sovereignty. They are an anti-homelessness advocate who’s practice is grounded in anti-capitalist, anti-homophobic and anti-racist practices. For MayWorks they hope to utilize the creative space to motivate residents of Mi’kmaki to uphold treaty and collectively dream of a Mi’kmaq led anti-capitalist reality. You can support their work by donating to water and land defenders in your area, and to the Treaty Truckhouse Legal fund (gofundme).